While she was getting ready for work, he would go outside and put hot glue on her steering wheel and then when she tried to leave her car, she’d be stuck, late for work, and then her boss would scold her for being late. Well, after breakfast he did as he planned-he hid behind a bush a bush after he put the glue and had a big grin on his face as Ms.Pest walked into her car. 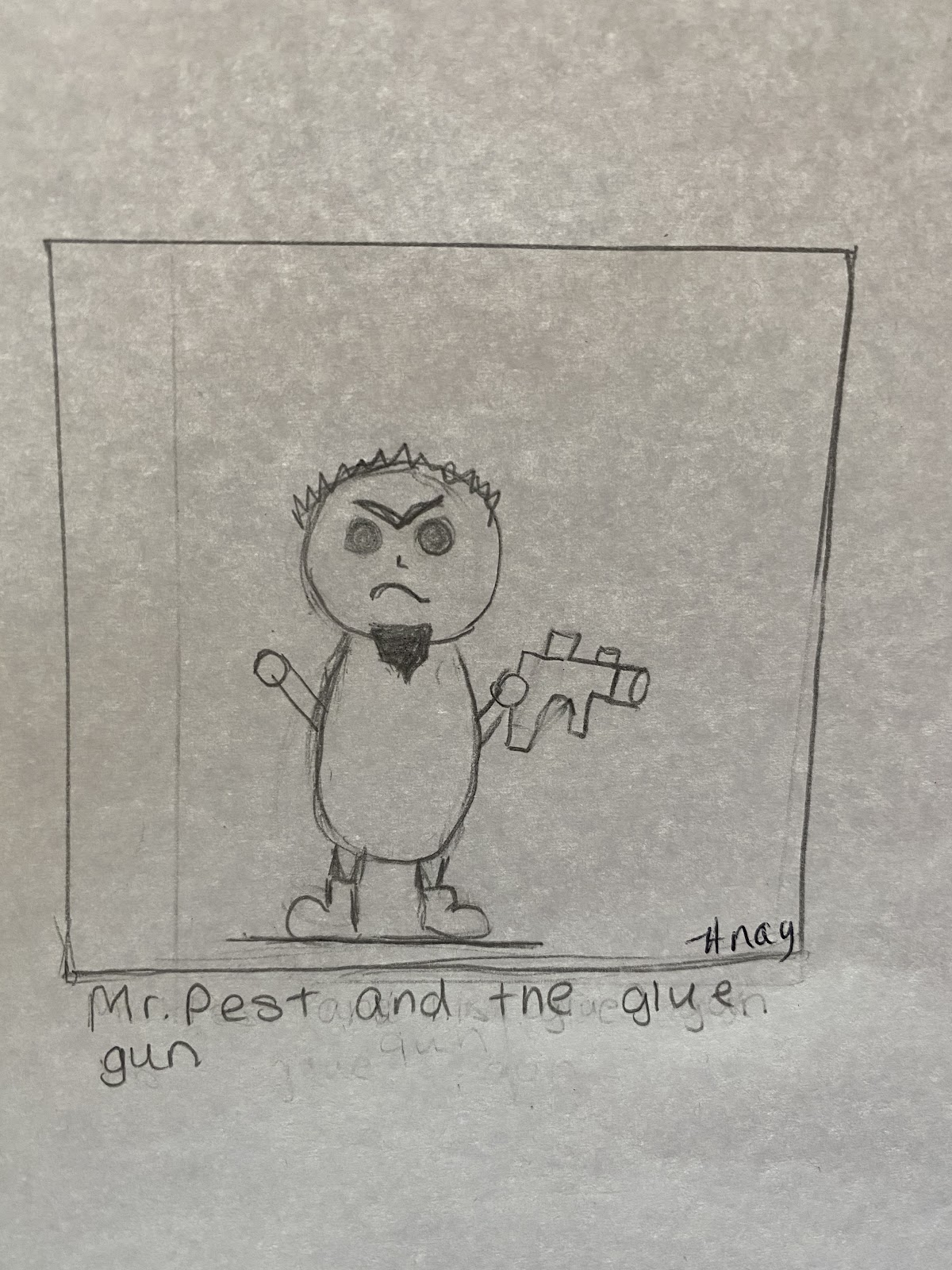 Ms.Pest put her hands on the steering wheel “Ah, what a lovely day,” she thought, as she started to drive.but after a few minutes she said “Do I feel something sticky,”. As she pulled into the driveway of her office. She tried to reach for her briefcase that held all her papers but her hands wouldn’t budge! “WHAT IN THE WORLD HAS HAPPENED TO ME!” she yelled! But then she thought for a second. That second became a minute and then half an hour. Right here reader, half an hour to solve a simple mystery. But FINALLY, after half an hour, she yelled. It wasn’t very pleasant, trust me. This is what she yelled. “OOH YOU DARN MR.PEST I WILL GET YOU BACK FOR THIS MISCHIEVOUS, HORRID, MEAN, THING YOU DID AND I’M ALREADY THINKING UP MY PLAN TO GET YOU BACK!” 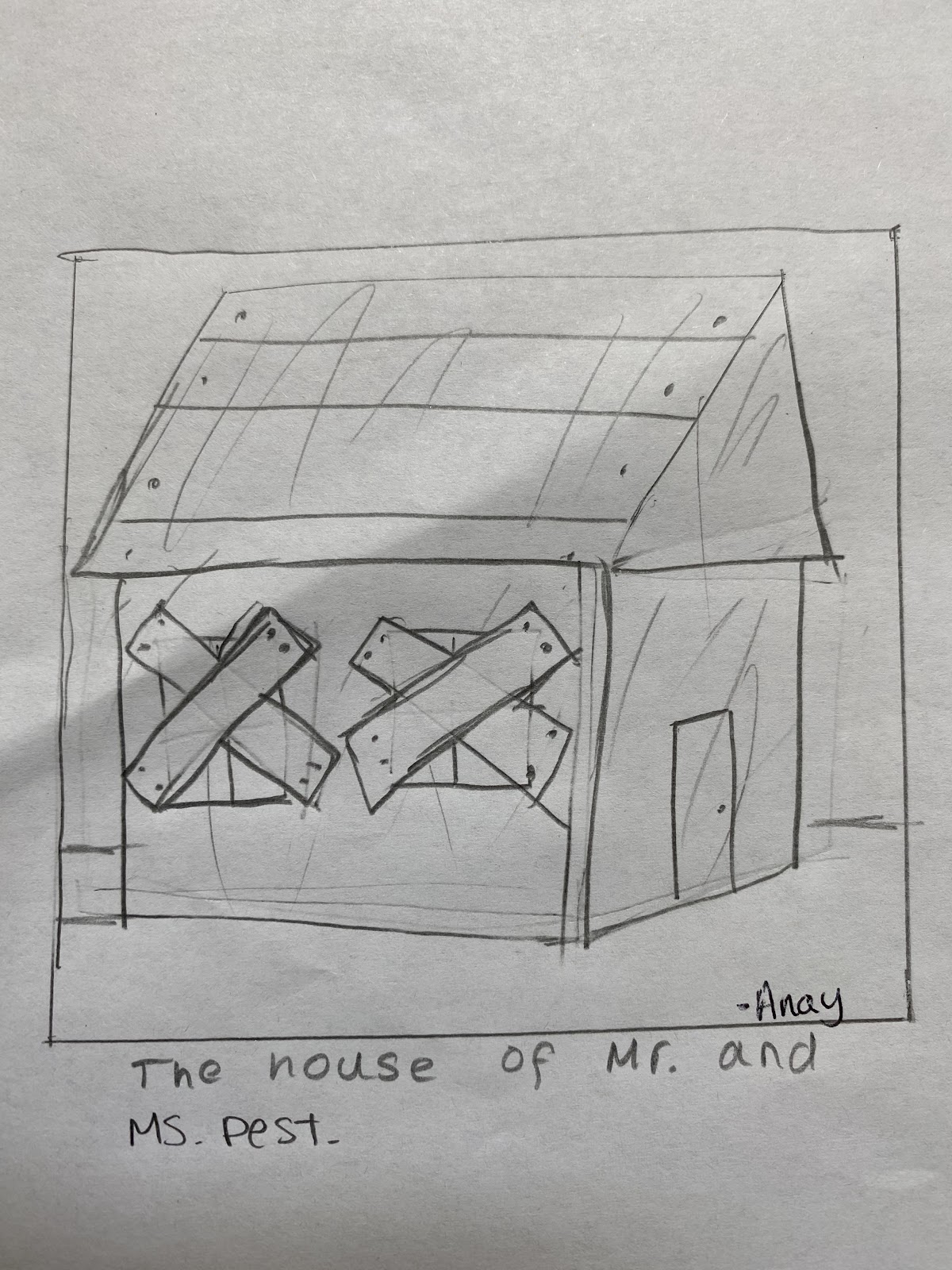 Basically Ms.Pest’s plan was that Ms.Pest would put a robo-fly in Mr.Pest’s soup.Then Mr.Pest would scream “A fly in my soup!” which would activate the robo-fly making it explode and making soup fly all over Mr.Pest and maybe bits of the bowl too.

So as Mr.Pest entered the room as was planned he yelled, “A fly in my soup!,” and then when the robo-fly exploded it was not a pretty sight.Too bad she didn’t know that Mr.Pest was already thinking up his trick. 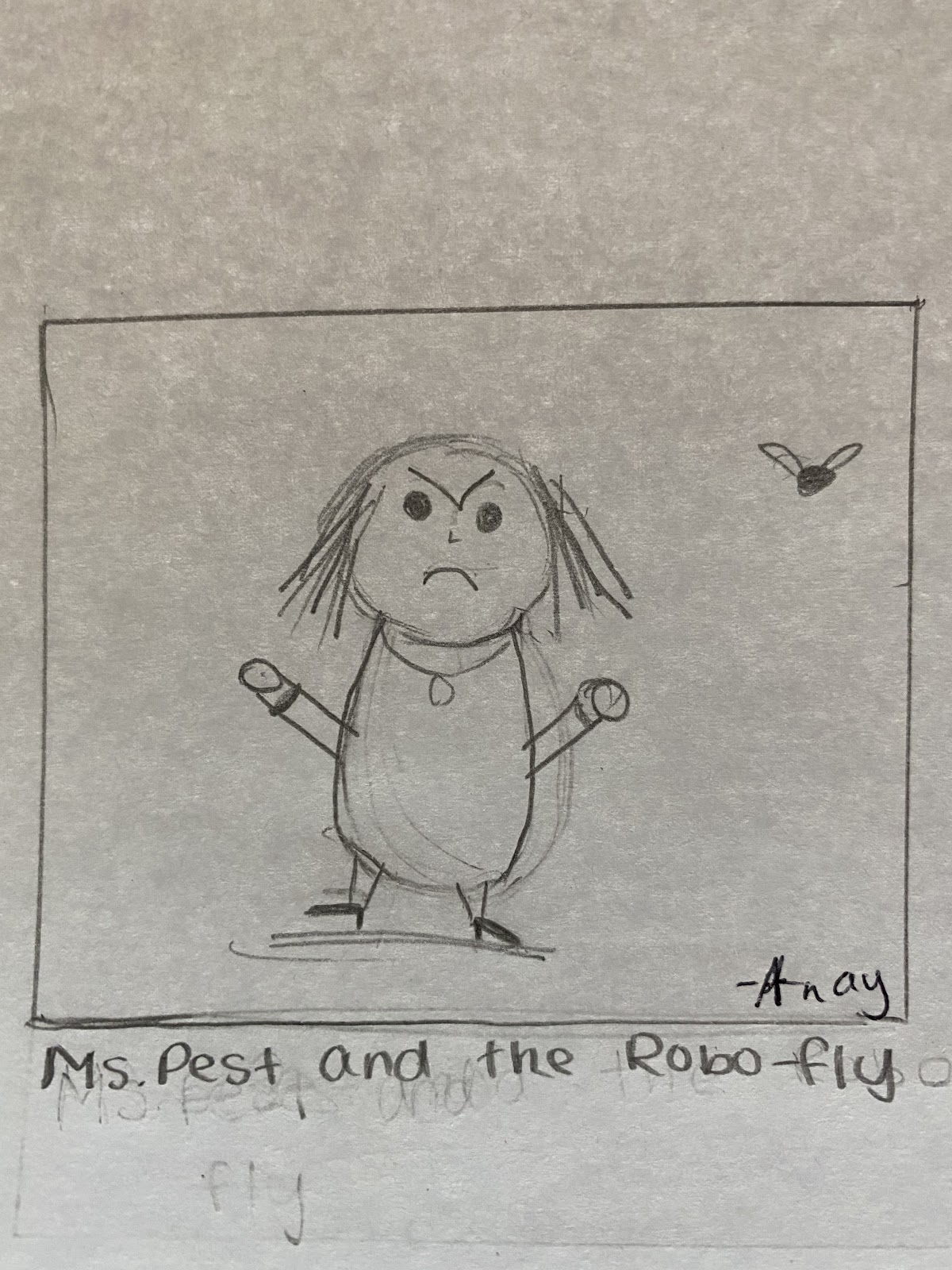 The next trap Mr.Pest was going to play on Mr.Pest was a nasty one. Here’s what it was, every day after Ms.Pest made lunch she would go and sit on a special chair and do her knitting, and today while she was making lunch, Mr.Pest would secretly go sneak in the room where Ms.Pest did her meeting. Once he was in the room, he would put 10 or 11 pins on Ms.Pest’s chair. Then, when Ms.Pest went to sit down on her chair, she would get badly hurt. But before i go on with this story reader, I must tell you you must NEVER EVER do what these two insane people did. Well the plan that Mr.Pest made worked and Ms.Pest had to go to the hospital. When she got back, the first thing she did was start a fight with Mr.Pest and after a lot of swears (and maybe a few pranks in the mix), they agreed the prank war was over.